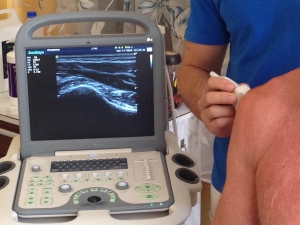 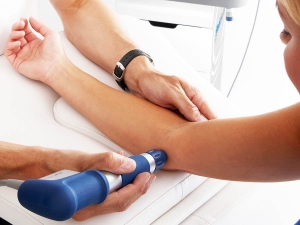 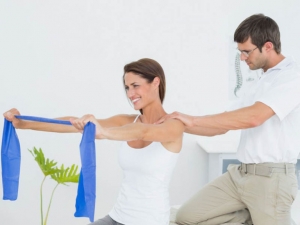 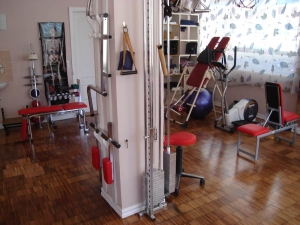 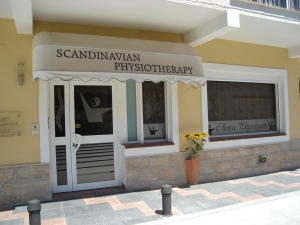 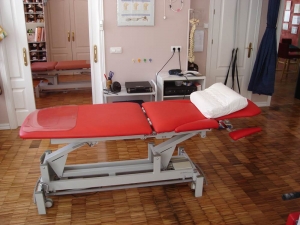 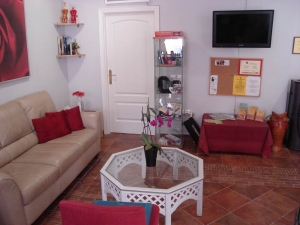 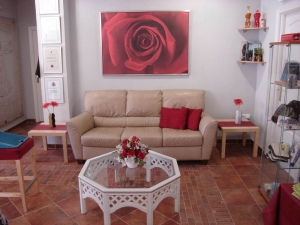 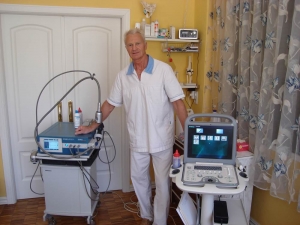 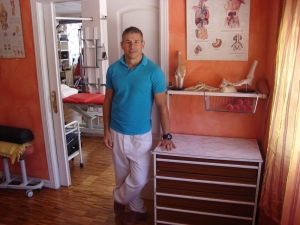 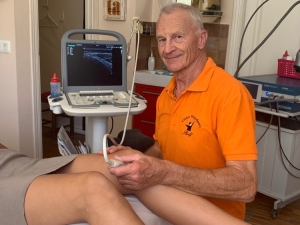 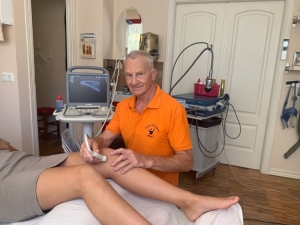 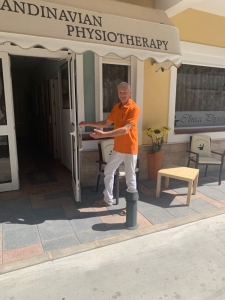 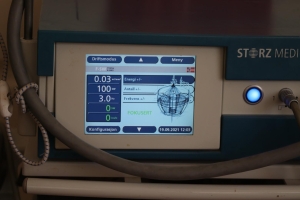 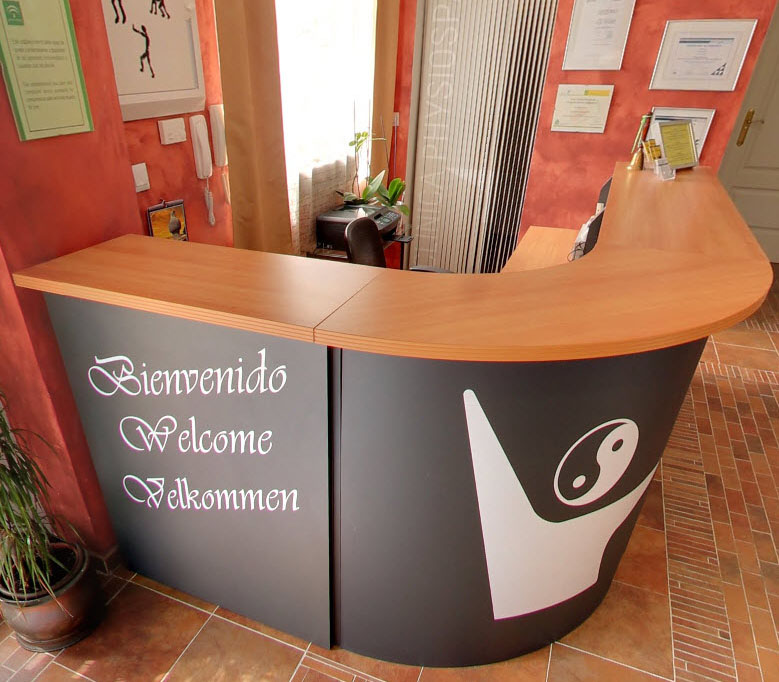 Having suffered with an annoying long term knee problem which prevented me from even running around the garden in back in January, I felt after writing about it, I had to give it a go.

After a thorough assessment, including an ultrasound scan of my knee, the treatment was administered in the target area at varying dephts and intensity to stimulate regrowth of damaged cells, my cartilage was intact and in good condition despite years of football. The effects during the tratment were slightly uncomfortable but Rolf assured me that my own pain receptors would soon kick in and it would ease. He was right. After the first treatment you are advised to drink more water than normal, to help dilute the metabolic waste produced by the treatment. Rolf gave me some rehabilitation exercises to help further improve the condition at home, a sticker on my watch was to help me remember . Oh nearly forgot, I am playing football again at 48, thanks Rolf.

Article in The Sentinella Dec 2011

Just a little greeting from a very satisfied client!
Thank you for the pleasant and effective treatment, with a fine long-term effect!
I go much better with thinner legs due to better circulation – and less edema.
You may want to warn patients that the «heavy artillery» will temporary make
leg muscles «stiffer» (with some walking problems), but that it disappears after the end of the therapy!
Hope you all are doing well – like us. Ingerid gives her reagards!
«Hasta Octubre», Peter

This website uses cookies to improve your experience while you navigate through the website. Out of these, the cookies that are categorized as necessary are stored on your browser as they are essential for the working of basic functionalities of the website. We also use third-party cookies that help us analyze and understand how you use this website. These cookies will be stored in your browser only with your consent. You also have the option to opt-out of these cookies. But opting out of some of these cookies may affect your browsing experience.
Necessary Always Enabled
Necessary cookies are absolutely essential for the website to function properly. This category only includes cookies that ensures basic functionalities and security features of the website. These cookies do not store any personal information.
Non-necessary
Any cookies that may not be particularly necessary for the website to function and is used specifically to collect user personal data via analytics, ads, other embedded contents are termed as non-necessary cookies. It is mandatory to procure user consent prior to running these cookies on your website.
SAVE & ACCEPT
Whatsapp Chat
Start a Conversation
Hi! Click below to chat on Whatsapp
The team typically replies in a few minutes.
PhysioSpain
Kundsupport
Snart tillbaka
PhysioSpain
Customer Care
I will be back soon